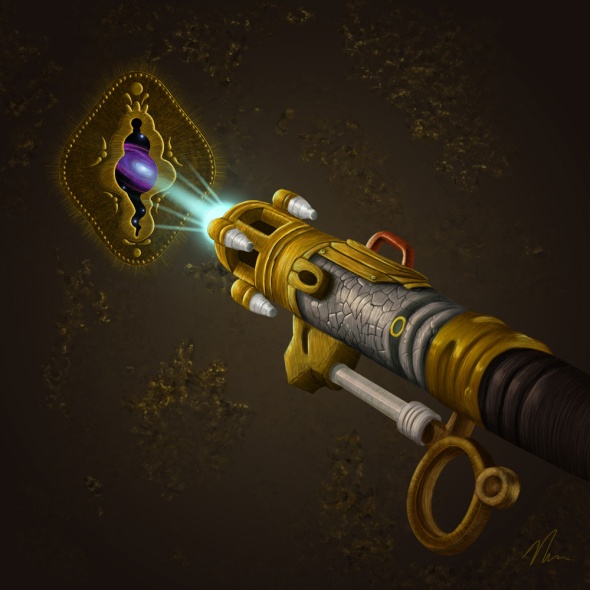 Key To The Universe – Sonic Screwdriver Painting by Nicole Cleary

3. Disarming fusion bombs by reversing the polarity of the neutron-flow

4. Disabling a weakened Cyberman at a distance 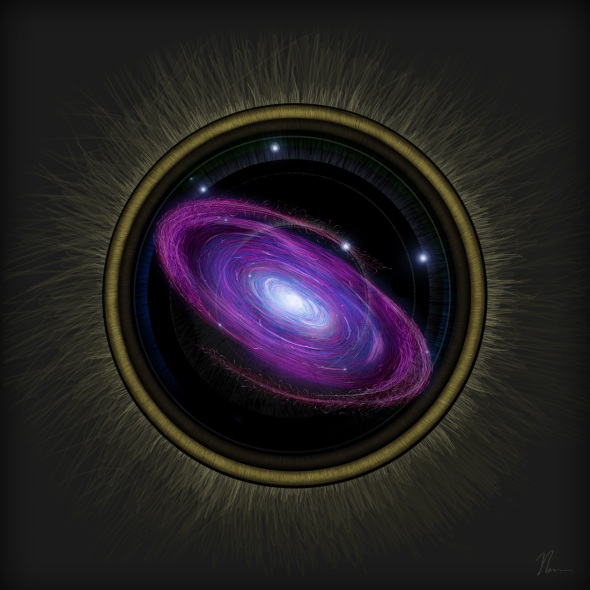 Long distance space travel is an idea that needs to be more than an idea. This painting refers back to both seeing the cosmos through a lens in the safety of our home on earth and imagines forward to a time when we can reach out and experience the images with our own eyes.
Video of satellites that have gone deep into space. Images of what we imagine is further out there. Its inspiring, but yet its a tease. So close yet so far. How different would it feel if you were in a ship driving towards the outskirts of the universe. Or seeing these images for yourself by floating just outside the ship experiencing the vastness of space in an uncharted area. I created this work to live in to time periods. The one we live in now, and the one I hope to see in my life time … out the window of a long distance voyage.
END_OF_DOCUMENT_TOKEN_TO_BE_REPLACED

Living On Antaries – cityscape photoshop painting of an alien world

“Living On Antaries” is a massive panoramic view sitting on the top of the tallest tower of an alien world I conceptualized and named Antaries. The digital painting mixes a gritty over-populated city feel with organic sculptural elements and light patterns which add movement to the piece. This is one of my older Photoshop paintings which I completed years ago, but then brought back to alter it considerably after receiving some constructive feedback. Mainly, I took out a human character in the foreground which felt out of place, and really filled out the background substantially to show complexity throughout and add depth.
END_OF_DOCUMENT_TOKEN_TO_BE_REPLACED

Original Star Wars concept artist, Ralph McQuarrie, was a visionary and inspired many.

When I was very young, my mother introduced me to the star wars phenomenon, and all its ground breaking work in the film industry. I feel so many great creatives and amazing film making techniques came out of the trilogy (I’m only counting the first three movies that came out). All three of those movies go down in history as some of the best movies ever made, some even broached the top ten list of the AFI’s 100 Years…100 Movies which is determined by the American Film Institute. Obviously there are many amazing movies on that list, but these three were groundbreaking in their own way. They had scours of talented artists, musicians, editors, etc pour their heart and soul into them.